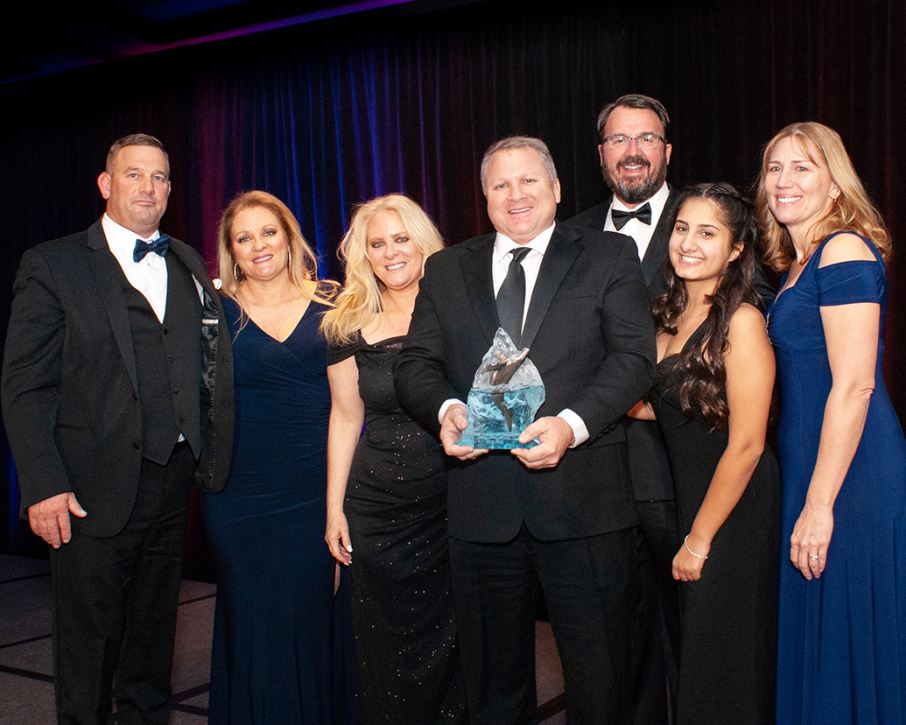 National Van Lines recognizes Joe Bonnie & Son Moving & Storage with Above and Beyond Award
BROADVIEW, Ill. - illiNews -- National Van Lines is proud of all our interstate-moving agents, but some go that extra mile to be deemed worthy of extra recognition.

"Many candidates were considered this year, but one organization was a true standout," NVL President & COO Tim Helenthal told a ballroom packed with 2019 NVL Agent Convention attendees Nov. 16 in Chicago.

"The Executive Team saw them as a unanimous choice," Helenthal said as he presented the award to the Bonnie clan. "From rescuing a driver having a health crisis, to dropping everything and racing to the other side of the state to protect a delivery, this organization never hesitated. They immediately went Above & Beyond!"

More on illi News
Sales & Marketing VP Theresa Bonnie testified to her company's dedication to creating a corporate culture in which "balance" helps leaders and employees not only achieve their aims, but enjoy getting there.

"My dad, Joe Sr., has set the bar high for how he wants things done," Bonnie said. "But it is a relaxed environment where people can feel comfortable and be able to perform."

Al Bonnie Sr. started the company in Brooklyn during the early 1940s. His son, Joseph Bonnie Sr., and the "second generation" relocated to Florida in 1981. His son, Joe II, and sons-in-law, Jason and Lee, comprise the third generation. They took the helm in the early 21st century, and the fourth generation has started making its mark.

Joe Sr.'s oldest grandson, Jim, has been a mover since he was a young boy. Joey III, another grandson, works on weekends and school breaks. As the younger family members continue learning and growing, they're mentored by their grandfather, Joe Sr., a mover since his preteens who continues working alongside crews.

More on illi News
But it's not a "man's world" at progressive Joe Bonnie & Son Moving & Storage. For every Joe, Joseph or Joe II on the staff, there's a Theresa, Janis, Catherine or Melissa in a management or key role. So why the male-centric company name?

As the Bonnie family explains: "Many of our customers ask why the company is named after the son when all the daughters are involved in the business. We joke a lot about this. The truth is, the company was established and branded before the girls joined in. Since 2000, Joe Sr.'s daughters, daughter-in-law and granddaughter have come on board."