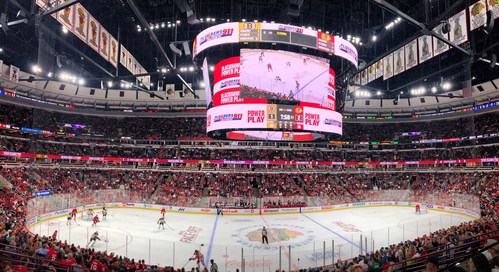 CHICAGO, Oct. 1, 2021 /PRNewswire/ -- Bitcoin of America recently announced their new entitlement of The Chicago Blackhawks Radio Post-Game Show. The popular Bitcoin ATM operator is taking major steps to incorporate cryptocurrency into sports and are even hoping to bring in a new audience. Bitcoin of America will be featured around the United Center and active on the post-game show. Their ads can be found in the Chicago Blackhawks program, the WGN Radio website, and circling around the United Center on the LED strip.

Bitcoin of America is a popular virtual currency exchange, registered as a money services business with the United States Department of Treasury (FinCEN)(RegNum). Their mission is to provide their customers with a fast and easy transaction process, while securing the best rate in the market. Apart from ensuring a fast and hassle-free transaction, they are known for their 24/7 customer support.

More on illi News
Bitcoin of America is optimistic about this new opportunity and the future of sports. The Bitcoin of America team mentioned how special it is to be working with a team like the Blackhawks who play in same city as their headquarters. Bitcoin of Americas' CEO, Sonny Meraban even placed the company's first Bitcoin ATM in a Chicago liquor store.

Bitcoin of America launched in 2015. They currently have 1200+ locations across 31 US states. To date, they have 30 plus Bitcoin ATMs in Chicago and are continuing to expand. Their Bitcoin ATMs can be found in convenience stores, gas stations, liquor stores, and most 24-hour locations. Bitcoin of America even offers a host program for businesses to earn extra income. They are hoping to catch the attention of much larger facilities. Bitcoin of America is eager to place their first Bitcoin ATM into a sports stadium.